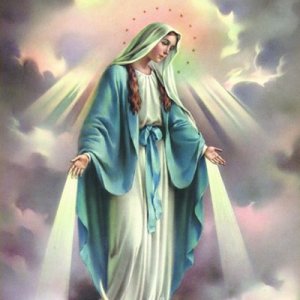 Irene Kisielewski, age 90, passed away peacefully on Monday, December 13, 2021, with her loving family by her side.

Born in Wilmington, DE, Irene was the daughter of the late Wladyslaw and Rozalija (Supinski) Tomkiewicz. She attended St. Hedwig grade school and Wilmington High School. As a teenager, Irene was a talented singer, who sang in Philadelphia and New York and even appeared on the Arthur Godfrey Show.

Irene’s husband, Benny, passed away in 1966. As a young widow, she raised her two young children, Tim, and Gwen, on her own. She nicknamed the three of them “The Three Musketeers,” and some of their best memories were during those times. Irene always said, “I may not be rich, but I have you.” Her children were her “two gems.”

Family was the center of Irene’s world. She was a devoted mother to her children and loving Babci to her grandchildren and great-grandchildren. Irene will be remembered for her kind and generous heart. She was a compassionate listener who could give anyone the best advice. Irene loved to host Christmas Eve, where family and friends would gather for dinner after Midnight Mass. Irene was a great cook whose signature dish was her Polish pancakes. Another favorite family tradition was the annual Easter Egg fight with hardboiled eggs.

For many years, Irene was a member of the Piedmont Club and an occasional bartender at the VFW in Browntown. Irene loved horse racing, going to Delaware Park and other tracks up and down the East Coast.

In her leisure time, Irene loved to go out for drinks and dancing at Buddy’s on Fourth Street in Wilmington, where she enjoyed her favorite band, Trilogy. She was an amazing dancer and loved the Jitterbug. She enjoyed watching TV, especially as an avid Phillies and Flyers fan, and shopping on QVC.

The family would like to extend their heartfelt gratitude to the staff at Complete Care at Brackenville for their phenomenal care, compassion and kindness for Irene these past two and a half years. Family and friends may visit beginning at 10 AM on Monday, December 20 at St. Hedwig Roman Catholic Church, 408 S. Harrison St. Wilmington, DE 19805, where a Mass of Christian Burial will begin at 11 AM. Interment will be private. The family requests that all guests in attendance wear masks.

In lieu of flowers, memorial contributions may be made to St. Hedwig Roman Catholic Church. To offer condolences, visit www.yasikfuneralhome.com or www.dohertyfh.com.

To send flowers to the family or plant a tree in memory of Irene, please visit our floral store.