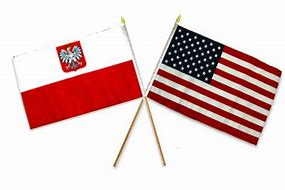 Stefan W. Skielnik, age 95, passed away peacefully on Wednesday, August 11, 2021 with his loving family by his side.

Lt. Stefan W. Skielnik was born in Gdynia, Poland on December 28, 1925.  He was a dedicated soldier during WWII.  Following the bombing of Gdynia in 1939, Stefan spent time in a German labor camp at the same time the Germans annexed the northern part of Poland.  In 1943, he was conscripted into the German Navy. In 1944 he was sent to the French Riviera to serve on a torpedo boat.  The same year he was taken prisoner of war by the French and American armies after which he volunteered for the Polish army.  He served in the English army from 1946 to 1948 obtaining the rank of Lieutenant.  From 1948-1958, Stefan joined the Merchant Navy sailing on both American and British ships.

In 1958, he came to the United States and started his own business as a contractor. One of Stefan’s momentous experiences was becoming a US citizen in 1972. Stefan retired after 30 plus years working for the Raskob Foundation as an advisor for the preservation of historical buildings.

For his wartime service, Stefan received many Polish and British decorations.  In July 2021 Stefan received the Commander of Polonia Restituta award given to him by the President of Poland.  This Polish state order is given for extraordinary and distinguished service.  He was called a “local treasure” by Mayor Purzycki in 2017.

During his life, he was honored by the Polish American Congress for outstanding contributions to Polish and American communities.  Through the span of years, Stefan served as lobbyist on Poland’s behalf in Washington, DC and in the State of Delaware.  He was a member of the Polish Army Veterans Association Post 12, Bensalem, PA.

His humanitarian efforts included a fundraiser for the Saint Wawryzniec Hospice for Terminally Ill Children in Gdynia.  The fundraiser was a success and continues today with yearly shipments of goods and treats for the children.

Stefan is survived by his beloved wife of eight years, Vicky (Montgomery) Collins; his son, Mark Skielnik (Sandy); his daughter, Susan A. Clark (Greg); his four grandchildren; his seven great-grandchildren; and his brother, Antoni Skielnik (Betty).

A Mass of Christian Burial will be held at 11:30 AM on Wednesday, August 18 at St. John the Beloved Church, 907 Milltown Rd., Wilmington, DE 19808, where family and friends may visit beginning at 10:30 AM. Interment will be private.

To send flowers to the family or plant a tree in memory of Stefan W. Skielnik, please visit our floral store.