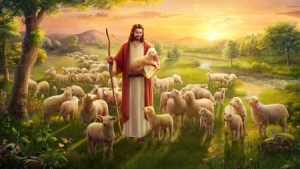 Tom furthered his education at St. Mary’s Catholic Seminary in Baltimore, MD, where he earned a B.A. in Philosophy in 1962 and a M.A. in Theology in 1964 from the Roland Park, M.D. location. Tom was ordained as a Permanent Deacon for the Catholic Church in 1974.

Tom cared greatly for the people of his community and felt drawn to help others in various capacities. He was employed as a Social Worker for the Department of Public Welfare for New Castle County, DE. He was also the Director of the Wilmington office for Big Brothers, as well as the Director of Religious Education at St. Elizabeth Ann Seton Catholic Church in Bear, DE. Tom eventually relocated to Washington, D.C., where he helped educate guests and visitors about the rich history of our Nation’s capital by serving as a Tour Guide.

Tom is survived by his sister, Dorothy Moeller, of Long Island, NY; his brother, Gerald Mousley, of Wilmington, DE; his nephews, Stephen Mousley and Samuel Mousley, and his niece, Kathryn Mousley, all of whom were baptized by Deacon Tom in 1994, 1996, and 1998 respectively. Tom is also survived by a host of close friends; he will be missed dearly by all.

Family and friends are invited to a visitation on Monday, February 14, 2022 from 10-11am at St. Catherine of Siena Catholic Church, 2503 Centerville Rd., Wilmington, DE, 19808. A Mass of Christian Burial for Tom will begin at 11AM. Interment will follow in All Saints Cemetery, 6001 Kirkwood Hwy, Wilmington, DE.

To send flowers to the family or plant a tree in memory of Thomas J. Mousley, please visit our floral store.